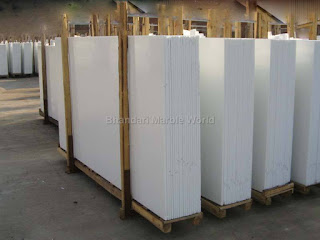 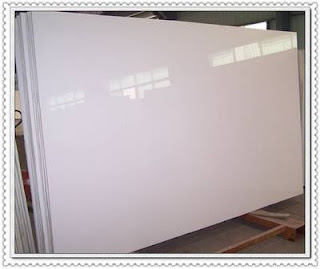 Makrana White marble | Makrana Dungri Marble | Makrana Albeta Marble | Makrana White Marble | Makrana Kumari Marble | Makrana Adnga Marble | Makrana Pink Marble
Bhandari Marble Group
The best quality of marble in this world. The oldest and the best quality marble in the world. It needs no chemical reinforcement like Italian marble, no pin holes, no color change and loss of polish. This is practically verified by the buildings and numerous temples,mosques,churches and monuments in India for over 1000 years now. Thus a life of next seven generation is guaranteed. Makrana marble is basically a god quality of marble. it also known as milky white marble. this marble have white color , gray and panther brown looks. . actually Makrana is the name of village. which marble produce from here. that known as Dungri marble. There are 150 Gangsaw estabilished mfg. marble slabs & tiles. The Investment in marble units is of Rs. 5000 Crore approx. More than 2500 marble seller units are here. This sector emplyed Fifty thousand direct & indirect persons.
Makrana is a town in the Nagaur district of Indian state of Rajasthan. Makrana is famous for the white stone as marble mined from the mines around it. It is said that the Taj Mahal was built from Makrana marble. Makrana is a small town, but it has plenty of marble outcrops. Most of the residents in this town work as marble miners.
The town is well linked to railroads and other forms of transportation.
Known for its white marble reserves, Makrana is a small town in Nagaur district, with a deposit of 56 million tonnes and 40,000 labourers working in 400 mines in the several ranges of the Aravallis. Makrana, along with Rajsamand, are the main centres of marble in Rajasthan. Calcitic in nature, Makrana Marble is regarded as the oldest in age and finest in quality.
The present rate of marble production from Makrana is 1.20 lakh tonnes per year with an annual revenue of Rs 36 crore.
Makrana is source of employment to at least 1 Lac people of about 100 surrounding villages. The famous Victoria Memorial of Kolkata, the world famous Taj Mahal in Agra, Raudat Tahera in Mumbai and Jain Temple of Dilwara in south Rajasthan are built from Makrana M
Makrana has various mining ranges, popularly known as Doongri, devi, Ulodi, Saabwali, Gulabi, Kumari, Neharkhan, Matabhar, Matabhar kumari, Chuck doongri, Chosira etc.
Doongri, devi, Saabwali, Ulodi, Chosira and Neharkhan are famous for white marble, whereas Ulodi is famous for Albeto Marble. These mines produce white-brown belt beautiful marble. Gulabi stands for pink plain and pink Adanga marble whereas almost all mines produce Adanga marbles with brown and grey sheds.
Posted by BhandariMarbleJpr at 23:02